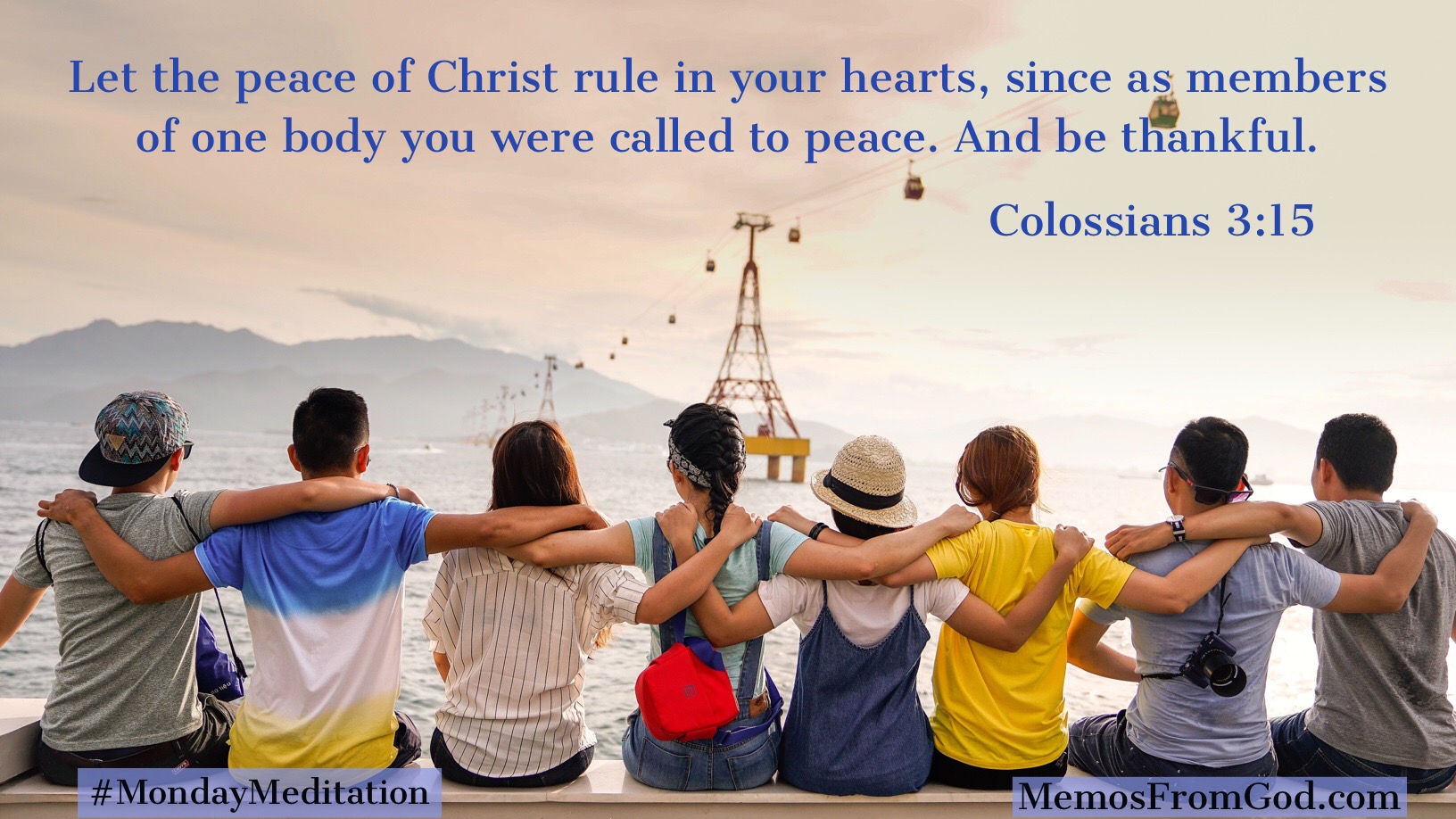 My regular readers will know that I belong to a book club that I love. The ladies in that group have become some of my dearest friends. Our discussions may not always stay completely on the topic of the book, but that’s okay, because they are always relevant to the people who are doing the discussing. The other day, someone brought up the verse that says, approximately, ‘one plants, one waters, but God brings the harvest’. The point they were making was that we don’t always see the results of the things we do for God, but that doesn’t mean that they are not worth doing, nor that our efforts will not bear fruit some day in the future. This is true, and a great encouragement for those who try to be faithful in the role God has called them to, but who don’t always see the results.

Other verses in the Bible also use the agricultural metaphor of sowing and reaping. In John 4:37, Jesus says that, “One sows and another reaps,” indicating that there will be some who labour for the harvest who will not be the ones to reap the harvest. Ecclesiastes 11:6 says, somewhat paraphrased, to sow your seed in the morning, but keep on working, because you do not know what effort will eventually pay off. And Galatians 6:9 tells us to not grow weary in doing good, because in due time we will reap, if we do not give up. That verse comes right after the point was made that a person will reap what he sows. (Galatians 6:7-8) The over arching theme that I see in these verses is that we must continue to work for God’s glory, but we must be content to leave the results in His hands. We may not always see the harvest.

But let’s go back and look at the real context of that first verse I mentioned. (I Corinthians 3:6) Just before this verse, Paul tells the people of Corinth that they are focused on the wrong things. Rather than looking at humans and their attributes, they need to focus on God, if they want to get past the very basics of being spiritual people. (I Corinthians 3:1-4) Instead, the people were choosing their favourite leaders and turning them into celebrities.

There were a couple of problems with that. The first as I have already said is that they were giving the glory to people rather than to God. The second is that they were causing divisions in the church. What would that look like in the church today? Imagine the scenario if one pastor did things differently than another, and the congregation took sides. Imagine if each group decided that their way was right and the other way was wrong, or worse, that their pastor was right and the other pastor was wrong. I’ve seen churches split in situations like those. Paul’s point was that we should all work together for the same goal—to welcome lost souls into God’s kingdom. We can all play different roles; we don’t need to do the same things as everyone else. In fact, if we are trying to do things the same way as everyone else, it is likely that our focus is in the wrong place. Spend some time talking to God to ask Him for direction. Make sure that you also take the time to listen for the answer. If you ask Him to, God will make it clear to you what job He wants you to do in His garden.

The fight between good and evil—it is a common theme in books and movies, especially older movies, but there is no question that it is also a part of our daily life on this Earth. I Peter 5:8 warns us to be sober and alert. The devil is looking for someone to devour, to win over to his side, so we must be constantly aware and work to avoid being ensnared by him. Ephesians 4:27 instructs us not to give the devil a foothold, an opportunity. How can we do that? The whole message of Ephesians 4 is that we need to be transformed from our old selves to our new selves through the power of the Holy Spirit. In Ephesians 4:1-3, Paul encourages us to live with humility, gentleness, patience and love in order to maintain peace and unity in the Spirit. In Ephesians 4:22-24 we are instructed to put our old ways behind us and to start living as the person who was created in God’s image, striving to be like Him by knowing His truth. One specific way to do this is to follow the guidance given in Ephesians 4:26: Be angry and do not sin.

Anger is an emotion, a gift given by God, and it is impossible to avoid becoming angry. Sin, however, is an act of the will or a lack of self-control. We choose how we will act when we are angry, either consciously or by failing to exercise self-discipline. Some Bible scholars state that because the verb in the original language is in the imperative form, we are commanded to be angry, and they discuss the value of righteous anger. God gets angry at sin, and so should we. Of course, God is sinless and we are not, so we are in much bigger danger of doing the wrong thing with our anger. Other scholars say that yes, it is the imperative form, but it is a permissive imperative. In other words, go ahead and be angry if you must, but be careful what you do with it. Whichever interpretation you believe to be true, the rest of the sentence is clear: do not sin. Make sure that you are controlling your emotions rather than allowing your emotions to control you.

The second half of Ephesians 4:26 should be taken symbolically rather than literally. It doesn’t mean that if you get angry in the morning you have a longer time to fume and stew than someone who didn’t get angry until later in the day. It means that you should resolve the disputes between you as soon as possible, and you should do it in the light of day. Darkness symbolizes deceit while daylight symbolizes truth. Work out your differences with pure motives. Forgive each other as we talked about last week. If we can control our anger and keep from sinning in the midst of this intense emotion, we will succeed in keeping unity and peace with our brothers and sisters in Christ, and we will not give Satan a chance.

United we stand; divided we fall.  Is that really true?  I think it depends on who you are standing with.

Imagine this.  Setting: the poor side of town.  A lot of boarded up businesses and homes.  People gave everything they had to keep their businesses alive and to keep their homes, but the job loss from plant closures was just too hard on them.  Since there are now more buildings than people, there are not as many eyes on the activities of the remaining few to keep them accountable.  Two rival gangs have emerged:  the Angels of Light and the Candles.  Both gangs see the desperation and hopelessness around them.

The members of the Angels of Light (they call themselves Angels for short), meet mostly at night.  They search the empty houses for anything that might be valuable.  They use whatever they can find to buy drugs and booze for their parties.  When they are done with a building they tag it with graffiti. This lets their members know that it has already been searched  and lets everyone else know that the Angels have claimed it for their territory.  They vandalize and steal, and they intimidate the remaining residents.  The Angels want you to know that they are in charge.  They are working to become the only gang in town.  So far, they have managed to swallow up all the other gangs except the Candles.

The Candles have a different reaction to the changes around them.  They spend their time helping out the people who are left by doing odd jobs for them—painting houses, weeding gardens, running errands.  They know that if they are going to save what’s left of their neighbourhood, they have to help the people who are still here.  They have a vision for the future, and realize that if they don’t help, there will be nothing left for any of them.  Deep down in their hearts they know that, but it’s hard.  The Angels have been laughing at them and giving them a hard time.  The Angels have tried to break the Candles up by telling members lies about the others.  “Did you know that Joe has been secretly hanging with us at night?”  “Did you hear what Rosa said about you the other day?”  “You know that what you’re doing won’t do any good, right?  This town is doomed, and you know it.”  The Angels have also tried to convince some of the Candles to join the Angels.  “At least we have some fun.  We don’t have to put up with all those do-gooders, who think they are so right about everything.  They believe in something that will never happen.”  The Angels have even, occasionally, pretended to help the Candles out with their good deeds, but then… sabotage.  Whatever will help them reach their goal of being in control, the Angels will do.

The Candles know that they have to stick together.  If they let the Angels get to them with their ridicule and lies, they will break apart and the future will be hopeless.  They've chosen not to believe the rumours or the lies.  They have made a pact to be there for each other and to continue to work together for a better tomorrow.

I have readers from all over the world so I don’t know if you have a poor side of town where you live, or if your city has been affected by the economic challenges of recent years, or if you live in a place that never knew wealth in the first place.  But this I do know.  All of us are caught in the middle between these two gangs in the spiritual realm.  Satan masquerades as an Angel of Light (II Corinthians 11:14), and his goal is to destroy any good work that we, as children of light, (Philippians 2:14-16) might do.  God wants us to stand in unity despite any disagreements or misunderstandings. (Ephesians 4:1-3)  Yes, this might take work, but if we are willing, we will be able to do it through Him.  God has equipped us to grow together in love, to become one body, His body. (Ephesians 4:11-16) Through His strength, we will be able to show His love to the rest of the world.  Do not be deceived by those who masquerade as Angels of Light, and do not hide the light from your candle.  It is needed to dispel the darkness.