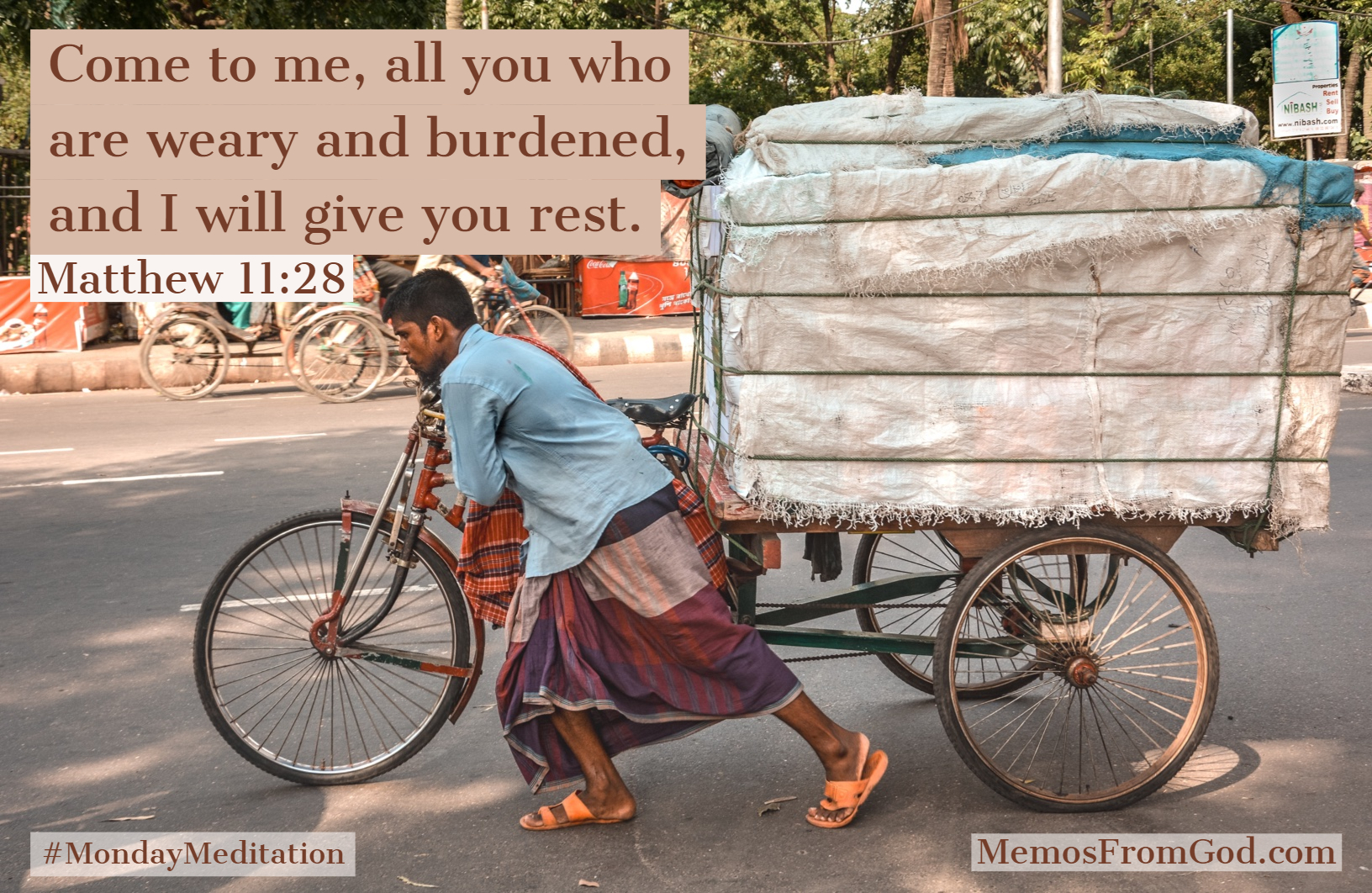 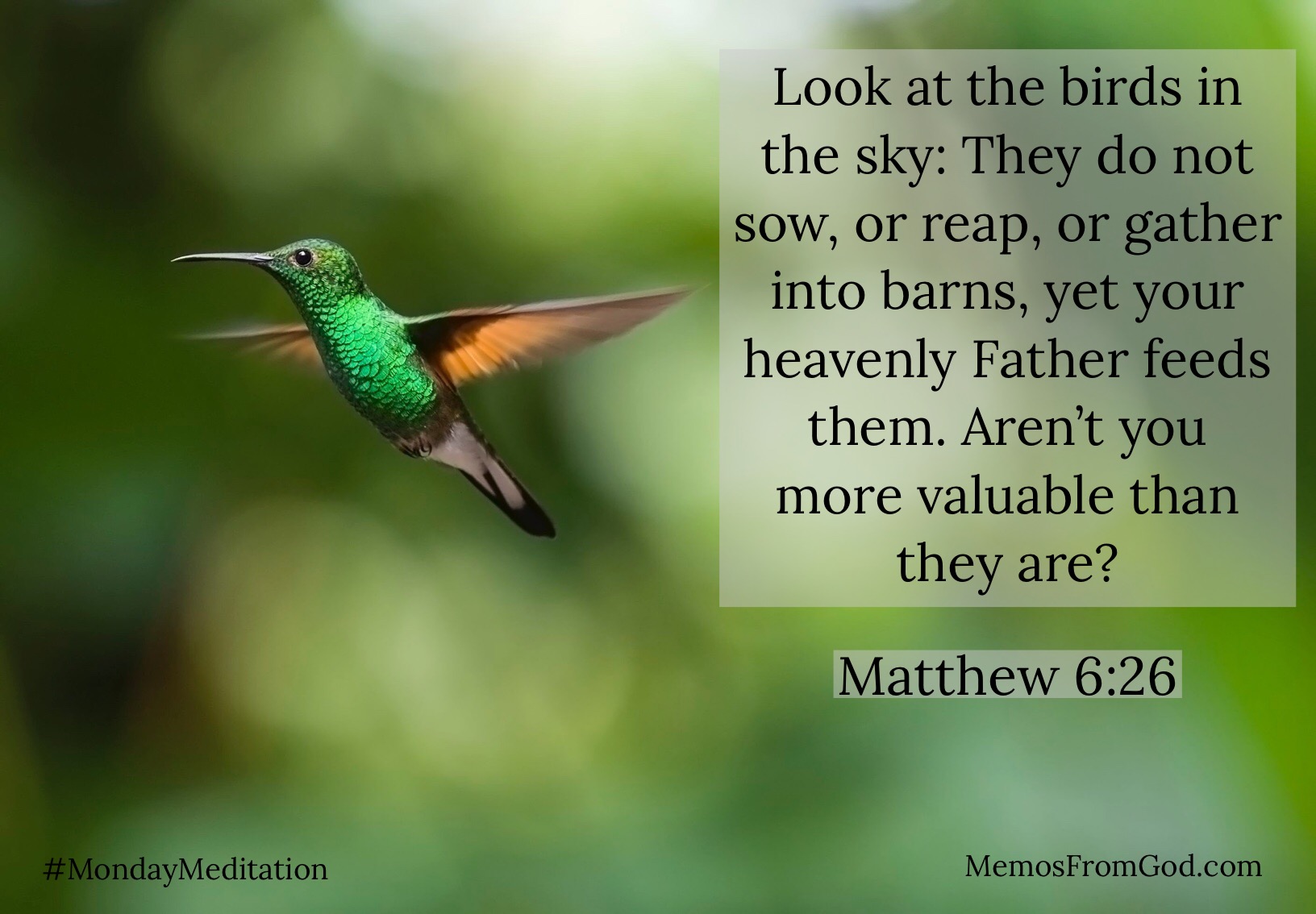 Have you ever been stranded on a lake? My husband and I were staying at a cottage beside a fairly large lake in Northern Ontario one weekend. Saturday was a beautiful day, so we took out the little motorboat for a tour around the lake. While we were out on the water, a pretty brisk wind came up; it was strong enough that we could not steer the boat back to the bay where our cottage was. We didn’t have any control over the direction of the boat at all. That experience helps me to imagine what the disciples must have felt like out on the water in Matthew 14:22-24.

Just before this passage, Jesus had fed the five thousand. Afterward, He sent His disciples ahead of him while he dispersed the crowds, and Jesus went up the mountain by Himself to pray. The disciples got into the boat, and by evening the wind had kicked up, and they were far out into the lake. Matthew 14:25 starts off with the phrase, “As the night was ending”. Many translations mention that it was the fourth watch of the night, which means that it was between 3:00 and 6:00 in the morning. So the disciples had been fighting the wind all night long, after a pretty busy day. Since the wind was against them, they would have been rowing. (Matthew 14:24) I’m sure I would have been physically and emotionally exhausted by this point, and they probably were too.

Then Jesus came walking up to them on the water. That might have been a little bit surprising to them, don’t you think? It’s an unusual situation, they are tired, and they are scared by what they see. The only logical explanation they can come up with is that it is a ghost or an apparition. Jesus spoke to them immediately to calm their fears. They knew by His voice who it was. So, Peter, who was known to be a little bit impulsive, says, “Lord, if it is you, order me to come to you on the water.” (Matthew 14:28) This construction in the original language is known as a first class conditional sentence. That means that although it is translated with the word “if”, Peter had no doubt that it was the Lord. Jesus then tells Peter to come to Him on the water, and Peter gets out of the boat. As long as Peter is focused on Jesus, he doesn’t have any trouble walking on the stormy sea. (Matthew 14:29) But when he changes his focus from his miracle-working Lord to the circumstances around him, he begins to sink. He cries, “Lord save me”, (Matthew 14:30) and Jesus immediately does. But as He does, He says, “You of little faith, why did you doubt?” (Matthew 14:31)

Many people consider Christ’s words to be a rebuke, but I don’t believe that He was being harsh with Peter. After all, Peter had enough faith to actually get out of the boat. He was way ahead of all the others on board that night. But it wasn’t enough faith to keep him from sinking. Realistically, Peter was probably a good swimmer since he was a fisherman and spent his time on the water. But he let fear and doubt overcome his own abilities and his faith in God. As long as he was focused on Jesus, he had no fear of his surroundings. Our faith isn’t always strong either, but we can learn a lesson from Peter. Focus on Christ’s power and not the difficult circumstances that you are in. Call on Jesus to save you and to calm the storms in your life as He did for Peter. (Matthew 14:32) Faith can overcome your fears.